Doctor Who, Deadpool and more: The trampolines behind the stunts

We all love heading out to the movies and seeing the stars light up the big screen. While a good comedy is always great for a laugh, there’s nothing more spectacular than seeing the stunts and action of a big blockbuster film.

The action doesn’t stop at the movies... if you’ve ever seen an episode of Doctor Who, sat down to watch a battle scene on Game of Thrones or even taken in the champions battling it out on Australian Ninja Warrior recently, you’d know the role that stunts and strength play in pulling off spectacular tricks. 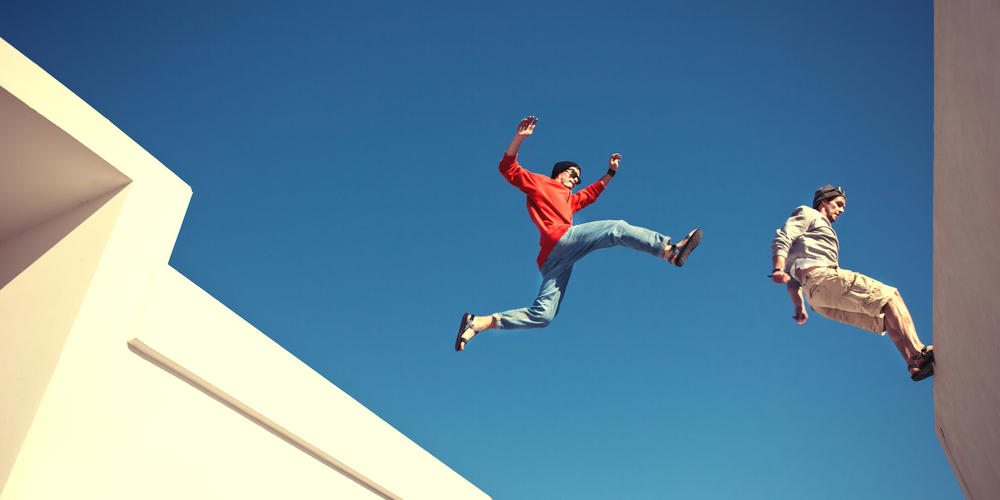 If we look behind the stunts, what is it that makes our champions and stuntpeople fly so high? We’ve got the answer for you, and it’s a lot simpler than you might think: it’s a trampoline!

Trampolines are vital for getting that much-needed height and air in stunts, and today, we wanted to go through some of the best stunts that we’ve seen and why a trampoline is so important in making them look real and exciting.

When you see your favourite actor (or their awesome stuntperson, more likely) flying through the sky, chances are it’s either CGI, green screen effects or the work of a humble trampoline, some support wires and very clever angles.

Trampolines are vital for both executing and practicing aerial stunts, and whether it’s a full-sized trampoline or a mini-tramp (for a bit of a bounce), they've long been used in film to give their stuntmen and women the height they need.

When you see a big explosion and a fire plume shoot into the air, with a bad guy or good guy leaping or being propelled away from the blast, they’re either being pulled with a tether or there is some technical trampolining work going on there!

The trampolines that the good people of Hollywood usually use are either the big Olympic-sized trampolines – with extra high bounce – or a standard trampoline with a very talented stunt person. 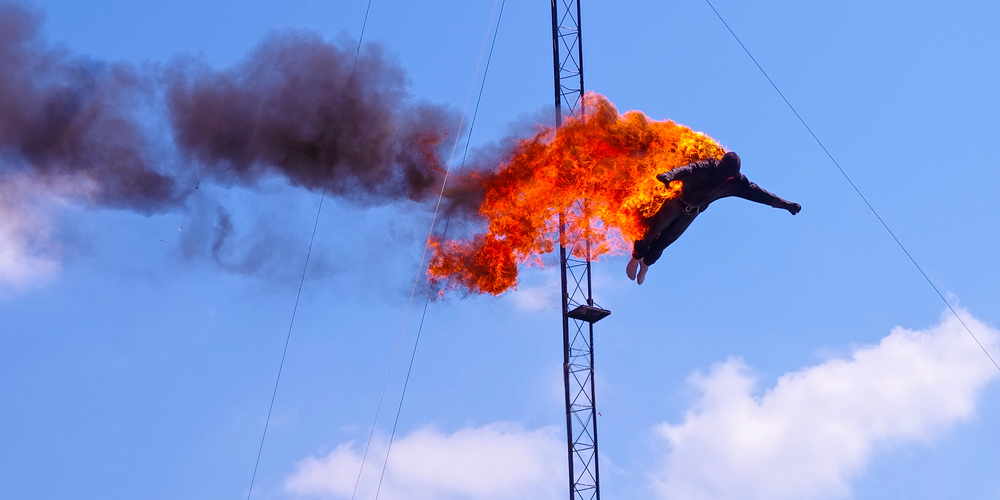 Realistic flying begins with a great jump from the ground on a trampoline. In each Avengers movie, there're plenty of times where our heroes fly to meet each other for combat. It looks like the upcoming Thor Ragnarok will have Thor fly to an arena to battle the Hulk himself!

Even if your taste in action films runs more to the comedic and 'adult', and you’ve seen Deadpool, there're plenty of flying, martial arts stunts in where the titular character engages with his foes for some fast-paced action.

If you aren’t a fan of action movie stunts or watching bad guys cop it mid-air, then maybe Australia Ninja Warrior is more your cup of tea. None of the competitors would have been able to make it across the course without being able to master the mini trampolines that propel them into the path of the next obstacle.

No matter what you’re doing, just remember to stay safe, never attempt any of the stunts you see on TV and make sure that your trampoline has the proper safety net and padding protection.